NFC Direct is an official provider of NXP Integrated Circuits (IC). NXP is the leading Semiconductor supplier for identification and the fifth largest non-memory Semiconductor supplier in the world. The organisation began life as part of the Philips corporation in 1953, and remained so until 2006, when it was bought by private investors, becoming NXP.

Today, NXP employs around 45,000 people in over 35 countries and generates an annual revenue stream into the billions. NXP specialises in manufacturing mixed signal and standard ICs, specialising identification, radio frequency, power management, networking and analog signals. Its chips are used for a wide variety of purposes in Near Field Communication (NFC), from Contactless payment with mobile devices to electronic passports, NFC Tags and labels, transport, access management and logistics. The chips also have applications in the automotive industry.

NXP is recognised as one of the most influential companies in the NFC sector and is credited with being one of the technology's inventors. As NFC continues to grow, along with concurrent developments, such as the Internet of Things (IoT), NXP can look forward to an exciting future as one of the catalysts for the sector's growth. 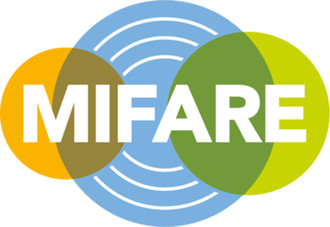 The MIFARE series of ICs - which incorporates technology owned by NXP - is typically used in proximity cards and Contactless smart cards. As many as 10 billion MIFARE ICs have been sold around the world, along with 150 million reader modules.

MIFARE ICs are based on the Contactless smart card standard of ISO/IEC 14443 Type A 13.56 MHz. The MIFARE series comes under four chip families: MIFARE Classic, which includes an NXP proprietary security protocol, MIFARE Plus, which is a drop-in replacement for MIFARE Classic, MIFARE Ultralight, budget friendly ICs designed for high volume applications, and MIFARE DESFire, smart cards with an NXP mask-ROM operating system.

MIFARE ICs are used around the world, from Europe to Asia and North America. As NFC becomes a vital function for a number of administrative, security and logistical purposes, MIFARE ICs will continue to be an IC of choice.