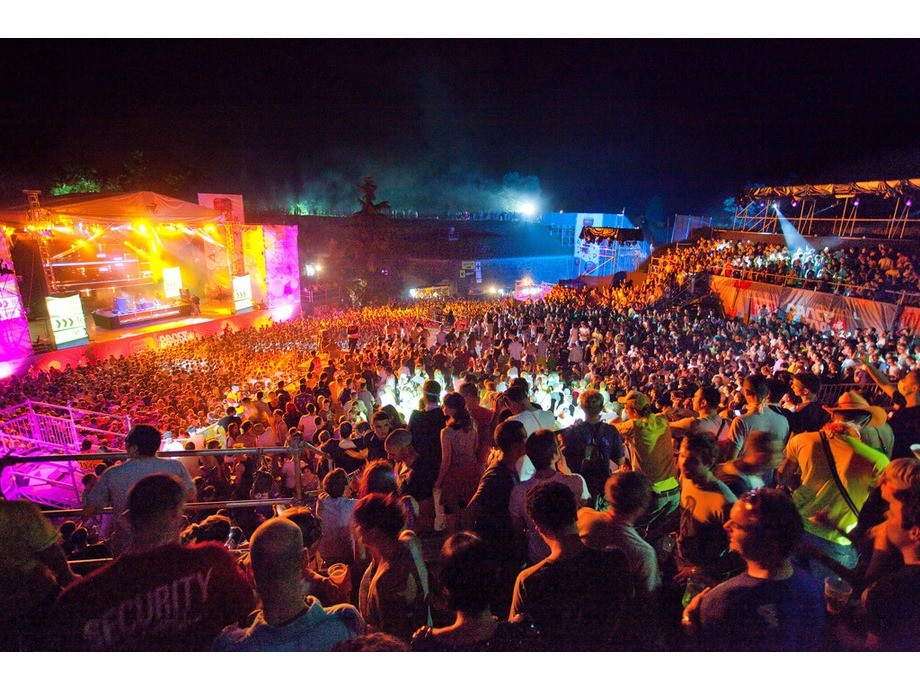 What are the uses of NFC at festivals?

When you think about festivals, what springs to mind? Perhaps being a free spirit, spending long lazy days in the sun without a care in the world, or jumping around to the sound of your favourite bands. Festivals are a chance to let our hair down, but for organisers, managing several thousand people on a huge outdoor site is a massive logistical exercise.

As in so many other industries, Near Field Communication (NFC) has made a huge impact in the live event space. For festival organisers, the attendances are usually larger, and the stakes typically higher. Contactless NFC technology is allowing festival organisers to improve their operational efficiency across the board, and in this blog, we take a look at the main uses of NFC in a festival environment.

Your name's not down, you're not coming in?

In 1995, the eyes of the music world were on Glastonbury festival as the Britpop era reached its climax. An estimated 80,000 people gained entry to the Somerset site for free, taking advantage of insufficient fencing. This led to the on-site population effectively being doubled - a major headache for organisers. While the lax perimeter fence was clearly a major factor, the festival also raised crowd control concerns.

Luckily, thanks to NFC festival organisers can now see exactly who has a ticket, and who doesn't, as well as track the exact number of festival goers on site at any particular time. It's done with NFC Wristbands which have been proven an ideal solution for festival organisers looking to tighten up their ticketing and crowd control procedures. NFC Wristbands also give organisers the potential to perform location monitoring showing those areas of a festival site that are very busy at any given time, and those which are more sparsely populated.

Due to the convenience and functionality of NFC Wristbands, the days of festival tickets becoming lost, damaged, or falling into the wrong hands can now be over. What's more, NFC Wristbands are valued by festival goers as prized mementoes of the events which they have attended. While in bygone eras, crumpled tickets might have been the only way to declare that "I was there!", NFC Wristbands branded with a festival logo can be kept for nostalgia purposes, and form part of a collection that will never die.

One of the biggest impacts which NFC has made on festivals comes in the form of cashless payment through Contactless technology. In the same way that you can now pay for products over the counter with a swipe of your smartphone, at festivals, revellers are reaping the benefits of tapping their NFC Wristbands, instead of reaching for their wallets.

From both a convenience and security aspect, it makes sense. Festival-goers don't need to take their wallet or purse out into the crowds, and can instead leave their valuables in a more secure location. Meanwhile, not having to search for the correct amount of change makes buying beverages, food and merchandise a whole lot easier.

And benefits also apply from the organisers' standpoint - bar and catering staff no longer have to deal with cash, as everything is done via the wristband. Attendees typically top up their wristband with a desired amount of cash. All they need to do when they want to buy something is tap. If they use up all their funds, it just takes a quick trip to a top-up station to replenish the money on the NFC Wristband.

A merchandiser's and marketer's dream

There are also other benefits to cashless payment which have made festival organisers around the world sit up and take notice. There is a body of evidence which suggests that NFC Wristbands can engender increased sales. After all, if you have money on your wristband, it seems likely that you would spend it all at the event, to save it going to waste.

According to research from Intellix, the media platform for the events sector, festival organisers can expect to increase their revenue by up to 87 per cent, by switching to a cashless payment solution. Meanwhile, at the Isle of Wight Festival, a Mastercard study showed that a cashless payment system using wristbands was a huge hit with festival goers. Revellers were almost unanimous on the effectiveness of the NFC Wristbands - some 96 per cent said that they were quicker to use than credit or debit cards, while 98 per cent believed that they were easier to use than paying with plastic. All 100 per cent of those quizzed said that they would like to use wristbands again at live events to make cashless payments.

Upon MasterCard's publishing of the study's results, Hany Fam, President of MasterCard UK & Ireland, said: "The project was really the first part of testing consumer acceptance of a truly ‘cashless’ environment, which has been much talked about in the festival world. We look forward to extending the PayPass prepaid wristbands to provide access as well as payments at more festivals and events across the UK.”

Aside from the Isle of Wight Festivals, other festivals to have gone cashless include: the Outside Lands Music and Arts Festival, Coachella, Vanfest, Liverpool Sound City Festival, Toronto Music Festival, Tomorrowland and Rocking the Daisies.

And it isn't just sales representatives who are rubbing their hands together at the advantages of NFC Wristbands for cashless payment. There is plenty of valuable data to be had for marketing chiefs. That's because festivals offer an opportunity to analyse consumer buying habits on a large scale. There is a range of potential insights which can be garnered thanks to NFC Wristbands, including the product preferences and buying patterns of festival goers. Once this data has been collated and analysed, it contributes to making smarter marketing and retail decisions in the future.

Another challenge for the festival organiser is controlling the access which is granted to the various areas of the site - this goes for the revellers, as well as the festival workforce. NFC Wristbands can ensure that only the right people access the right areas. It could be access to the VIP areas for those festival goers with backstage privileges; access for on-site crew members to areas where machinery or vehicles are stored; or access to portacabins and office spaces for festival organisers - it can all be made so much easier by implementing NFC Wristbands.

Wear it, connect it or pocket it

Different festival environments call for different systems, and in the sphere of NFC, there is no right or wrong way to carry the technology. That means if NFC Wristbands are inconvenient for whatever reason, you have plenty of alternative NFC Products which could do the job just as well.

NFC Keyfobs and Keyrings are a great access control option and can make a winning solution for festival personnel who drive vehicles as part of their jobs. They can, of course, be fully branded with a festival logo, and come in a variety of shapes and sizes.

NFC Jewellery might be the best idea for those who wish to make their NFC Tag as subtle as possible. Jewellery embedded with Contactless technology is part of the wider 'wearables' market and can provide festival teams with multi-factor authentication, acting as an extra layer of security, and negating the need to memorise or store multiple passwords.

Then there are NFC Cards, which can offer the edge over traditional credit and debit cards in a festival environment. That's because they can be used by festival goers for cashless payments which are quicker than more traditional methods, while also allowing revellers to leave their valuables in a secure place, rather than bring them out into crowded areas.

And don't forget that there is pretty much no limit in terms of where you can embed NFC Tags; anything from posters to beer mats and simple stickers. So festival organisers have a world of possibilities at their fingertips, whether they are focused on marketing, sales or logistics.

Some of the best brands never stop 'giving back' to their customers, so why should festivals be any different? NFC Wristbands are a great way for festival organisers to leave a little surprise in the hands of festival attendees. Thanks to NFC technology, you could offer a number of enticing giveaways. How about the exclusive download of a live set recorded by a popular band at a previous festival? Or perhaps a link to a landing page which offers priority in a ticket ballot for the next event? You might even direct the wristband holder to a competition page which gives them the chance to win free tickets for next year's occasion? It is all possible with the simple swipe of a smartphone.

Festivals allow us to unwind in merry, exciting, and often chaotic environments. In order to let attendees get lost in an amazing atmosphere, the organisation behind the event needs to be the exact opposite of chaos! NFC is helping organisers to tighten their grip on festivals, and that all adds up to more fun for festival goers.