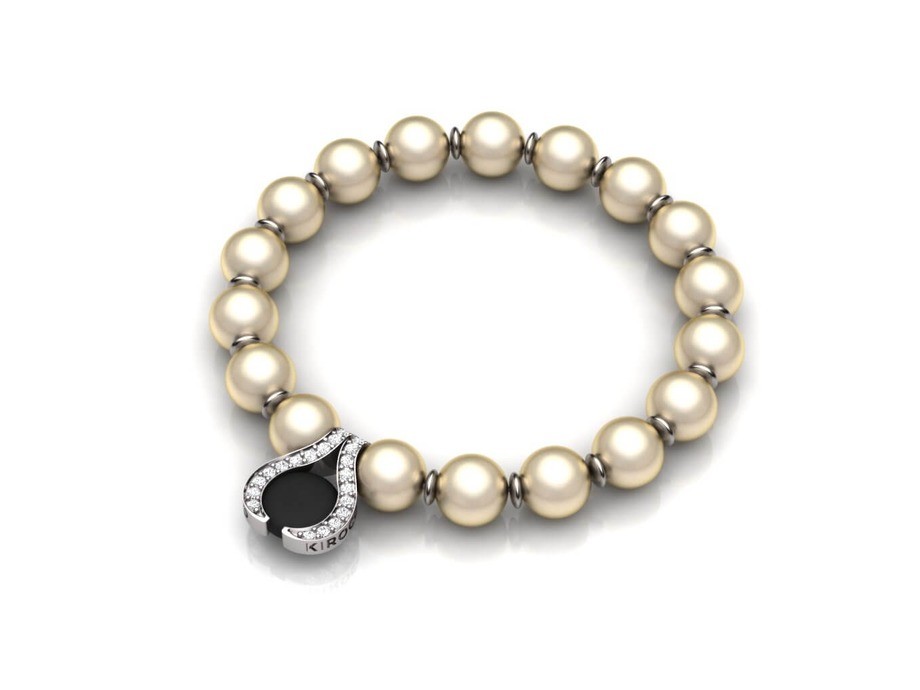 Wear are we going? Tracking the rise of NFC wearables and NFC Jewellery

Technology and fashion: Both constantly evolving before our eyes, and giving us new ways of doing things. Every now and then, these two worlds collide to create a product which presents the irresistible combination of style and functionality. Welcome to the phenomenon that is NFC Wearables and NFC Jewellery.

Quite early on in the NFC timeline, the idea was hit upon to embed NFC technology in wearable items. Considering this is a form of RFID communication which can be used by mobile devices, it made sense that NFC tags which can be read by smartphones and tablets (or NFC readers and NFC Devices) were also placed within items that are themselves mobile.

So the concept of an NFC wearable was born, giving users a convenient way of taking NFC technology with them. Such is the discreet aesthetic nature of NFC, that this is a technology which could have been made to wear - after all, who is to know if a wristband, keyring, watch, necklace or bracelet contains an NFC tag?

At NFC Direct, we are very excited about both the current and future potential of NFC. We offer a world leading range of NFC Wearables and NFC Jewellery, covering a huge choice of styles and functions, because we believe that these products will stay right at the forefront of NFC technology. In this blog, we take a look at the rise and rise of NFC Wearables and NFC Jewellery.

It's all on the wrist

One of the first wearables to emerge was the simple but effective NFC wristband. Shortly after the turn of the Millennium, a wave of cool and colourful wristbands emerged, initially to show support to good causes such as charities. The most high profile of these was Nike's Livestrong cancer campaign - it was hard to walk down the street ten years ago without eyeing one of the distinctive bright yellow bands.

So what better wearable to use for the embedding of NFC technology than the wristband; with its fashionable minimalistic look. But perhaps the real beauty lay beneath the surface, in the functionality of the NFC wristband. In the early days of NFC, the NFC wristband was perhaps the most widely used NFC item in the consumer sphere, immediately becoming useful for controlling access at festivals and other high attendance extravaganzas, tracking delegate movements at corporate events, and even augmenting management systems in healthcare.

As we all know, outdoor events can be muddy, messy and unpredictable environments, but an NFC wristband is waterproof, resistant to bumps and stays securely affixed to the wrist. Contactless payment can be enabled with NFC wristbands, meaning that live event organisers have had the option of 'cashless' concerts and festivals.

How does this work? Revellers simply top up their NFC wristband with credit on their way into the event, meaning all that is needed is a simple touch of the wristband at designated pay points and they can purchase as much food, drinks and merchandise as their credit will allow. Imagine the convenience for on site retailers, who don't need to rush around searching for more change. Consider also, the potential increase in attendees' on site spend - most people seem determined to use up all their credit before they leave the event.

'Big data' is much more than the latest business buzzword - it is how many industries are able to tweak their products and services more effectively in line with the preferences and habits of their customers. The event industry is no different. NFC wristbands give event organisers the ability to track an attendee's movements within an event zone. For those in charge of events such as exhibitions, this is gold dust - these professionals are now able to see which are the most popular areas, how long attendees spend in each part of the exhibition and what interests certain profiles of attendee.

Hot on the heels of wristbands, smartwatches were quick to utilise NFC technology. Ergonomically ideal and offering a whole load of other functions alongside NFC, NFC technology is now widely available in smartwatches from all the top designers, as evidenced by our own NFC smartwatch range, which includes models from the likes of Apple, Fitbit, Hugo Boss, LG, Movado, Samsung and more.

NFC smartwatches afford unbeatable convenience for professionals who use NFC technology on a daily basis, and need the 'freedom to roam', as well as the advantage of having both hands free. Take the warehouse manager, for instance - he or she can keep an eye on product location and stock controls while not comprising their ability to do manual work at the same time. NFC smartwatches represent the technical side of NFC wearables, able to act as NFC readers and giving users the opportunity to customise them with native apps.

Where NFC Wearables have really moved on in recent years is with the advent of NFC Jewellery, which aside from simply being discreet, are stylish decorative items in their own right. In tune with the latest styles and trends, NFC Jewellery has really made its mark, and at NFC Direct we quickly identified one brand which stands out above all else - Kiroco - which has quickly carved out a reputation for being a leader in bringing a range of cool, sophisticated and fun jewellery to the market.

Kiroco offer bracelets encompassing a variety of different looks and dimensions. Beaded enamel 'K' bracelets are among their most popular, and these are available in a huge range of enamel beads, and even Swarovski Pearls, while the slick plated discs containing the NFC magic can be found manufactured from either rhodium or silver. Another stand out in the 'K' range are the cute and cool heart shape discs, which put a whole new spin on NFC. Imagine offering a keepsake to a loved one which contains a folder of treasured images from down the years? It is now possible thanks to Kiroco.

But NFC bracelets are much more than nice novelties. They can be relied upon to provide endless functionality. Thanks to the latest encryption methodology which they use, an extra layer of security can be provided to multi-factor authentication, strengthening and simplifying password management at the same time. NFC bracelets also tick the Contactless payment box, and offer the option of Visa-verified security.

When it comes to NFC necklaces, Kiroco has also led the way, giving customers the double advantage of breath-takingly beautiful items which also carry an endlessly functional purpose. The star of the show is surely the sparkling and stunning Crystal Disc with Swarovski Crystals in Sterling Silver, but there are also a wide range of enamel pendants in a huge variety of colours. Some prefer lockets to pendants, and Kiroco also excels in this department, using hallmarked 925 Sterling Silver in the production of their range, and offering the opportunity for engraving. Customers have the option of choosing patterned, fluted or plain; reflecting the fact that NFC jewellery is no longer about function over fashion - there is now an unprecedented number of choices on the market when it comes to styles, and this is set to grow if the mainstream jewellery manufacturers join the party. However, a lack of technological capabilities within these mainstream jewellery manufacturers could stall their progress.

Like the NFC bracelets above, the number of possibilities which NFC necklaces present is truly remarkable; from an extra security layer for password management, to Contactless payment and a large number of marketing uses including the ability to carry NFC business cards, instantly downloadable music and video content on the go.

Wear are we going?

NFC technology is moving at such as rapid rate, with new innovations and uses of NFC communication cropping up all the time. So what is the future for NFC Wearables and NFC Jewellery? They are already well on their way to making payments a seamless experience, and perhaps this is the area that the consumer will see the emergence of wearables most prominently. Banks across the world are jumping on the Contactless train all the time, and it seems that wearables are making up ground on the credit card and debit card.

But many fashion brands seem ill-equipped to facilitate the transfer of NFC technology into their products. Quite simply, it is not their field, and this has opened the door for specialists such as Kiroco to become pioneers in the NFC Wearables and NFC Jewellery market. The answer may be companies which can act as middle men, and provide the ability to embed Contactless NFC technology, so that the big name fashion brands don't need to have in-house technical expertise.

What is certain is that we have already progressed way beyond the era of NFC wearables as items of functionality over style. There are now products available that rival anything in high street windows, or that can be found online, and the unique double purpose of NFC Wearables and NFC Jewellery, allied with the wide spread use of NFC enabled mobile devices, makes them a compelling option for consumers and commercial organisations alike.