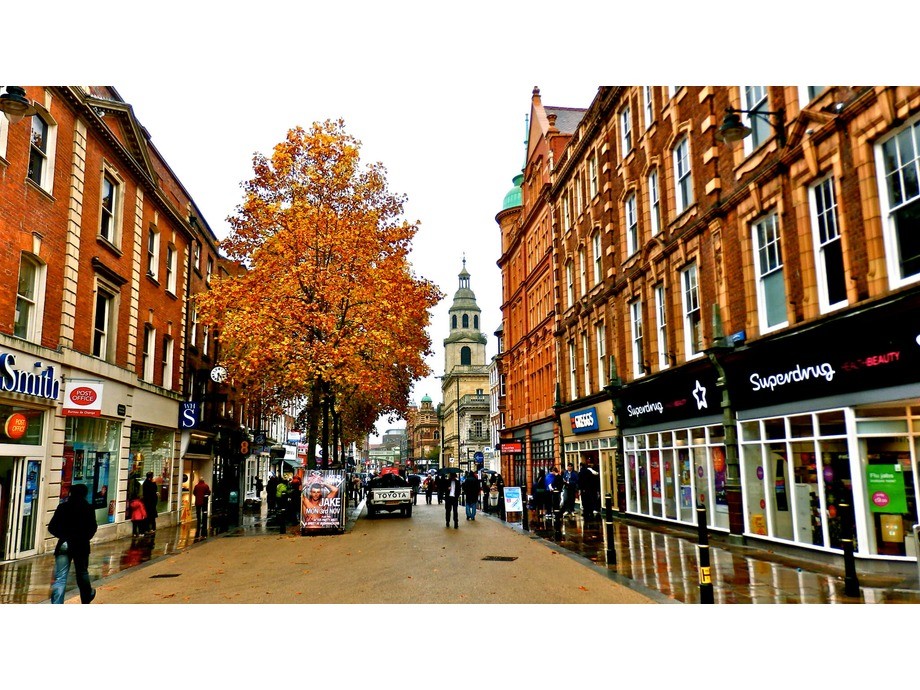 Revolutionising retail: Can NFC save the high street?

The weather might be picking up as we enjoy spring in the UK, but for retailers, there is still a certain amount of gloom hanging over the sector. Just this month (May 2018), the British Retail Consortium, in conjunction with KPMG released its latest figures on the industry's performance.

UK retail sales in April 2018 were down by 4.2 per cent from April last year. And it looks like this isn't an anomaly - in store sales of non food items were also found to decline over the three months to April - 4.9 per cent from the same period in 2017.

Everywhere we look the traditional high street giants are having a tough time. Toys 'r' Us are officially in administration; Marks & Spencer have a number of store closures across the country planned; New Look is closing over 60 stores; and House of Fraser announced it would be consulting landlords on how it cut down the size of its stores to save money. Meanwhile fashion retailer Select is one of several high street giants to restructure its finances with a Company Voluntary Arrangement (CVA) in order to stay afloat.

Chief Executive of the British Retail Consortium, Helen Dickinson OBE, explained why many retailers are feeling the heat: "Consumers’ discretionary spending power remains under pressure and the reality is, that with only a gradual return to solid growth in real incomes expected, the market environment is likely to remain extremely challenging for most retailers."

In a Guardian article with a headline which screamed "Apocolypse Now", City economist Jeremy Cook suggested that the UK retail sector had lost the ability it used to possess of riding the waves of economic uncertainty: “The average Brit has spent the past few years living by the mantra ‘When the going gets tough, the tough go shopping.’”

Where next for retail?

It is clear that the high street is under pressure, and one major factor looks to be the prevalence of ecommerce in the digital age. So what can the sector do to attract shoppers back to the stores. The answer could be by using the high street's strengths to usher in a new era of engagement and interaction. After all, how exciting can sitting at home and clicking a mouse really be?

That doesn't mean shoppers need to ditch their smartphone and pretend it is 1991. On the contrary, thanks to Contactless Near Field Communication (NFC) technology, the high street perks of being able to see, touch and try products in a store can be taken to a new level.

NFC provides several innovations which present new ways of interacting with customers. All it takes is the tap of a smartphone, and the retailer is able to provide a shopper with a wealth of information, media and shopping tools. The tap is made on an item with an NFC Tag - it could be anything from an NFC poster to NFC stickers or labels.

That means a shopper could be walking around a store and see a '20 PER CENT OFF' digital coupon discount. All they need to do is tap to enable the saving - providing a physical, 'real life' element to enabling the offer can be a lot more satisfying than entering a code into a box online. There are many ways in which this in store touchpoint can feed into, and strengthen, a high street retailer's online presence. The activation of a discount could be offered in exchange for a Facebook 'like' or Instagram 'follow', multiplying the advantages of NFC in a store environment.

This type of marketing information which can be relayed through Contactless technology is not just restricted to discounts. The retailer could ask the shopper to tap in order to receive a mine of information on a certain product - the kind of rich, in depth and informative text and media which cannot be fitted on to a physical clothing tag. The possibilities are endless - and so the marketing teams of struggling retailers have a number of exciting tools at their disposal with which to reverse their company's recent fortunes.

Try before you buy

The high street can also fight back against the online resurgence by capitalising on the weaknesses of web-based retailers. Research commissioned by the BBC found that over two thirds of women who shop online for clothes had sent an item back in the last six months.

It is an accepted downside of shopping online - without being able to try an item on, you are taking the risk that it might not fit. That being the case, the high street has a solution up its sleeves. Thanks to NFC, shoppers can pop down to their local clothing store and try on a larger range of items than ever before, and there is no worries on stock or availability. That's because the Contactless technology of NFC makes it possible to instantly order a delivery in store, after tapping a clothing tag of an item which has been tried on and fits perfectly. How does it work? The store stocks one item in all its available sizes, meaning shoppers will always be able to try on the item they want. After tapping to confirm they want an item, next day delivery can be immediately enabled, meaning there will be no long wait, and that shoppers can be sure that (a) they can try on the item they want immediately and (b) they choose the size that is most suited to them.

It isn't just the consumer which could benefit from this method of 'Try, Tap and Buy'. Hard hit retailers could slash their overheads dramatically by negating the need for large scale deliveries of stock from the warehouse to the store.

One advantage which online retail has utilised against the back drop of the high street's decline is using ecommerce data to gain insights. This could be tailored marketing shots which are based on a customer's on-site behaviour, or individualised advertising and notifications designed to smooth the path to making another purchase. But now, thanks to NFC, there are ways which high street retailers can benefit from their own in-store data.

This year NFC Direct will unveil the TapThat platform which will offer a more advanced level of analytics than ever before when it comes to NFC data. Retailers utilising NFC Marketing Products, NFC Smart Posters and NFC Custom Labels - whether they are providing customers with marketing information, inviting them to take part in competitions, offering discounts or engaging them with media - will have access to a mountain of data which can help them make important insights into both consumer behaviour and in store sales team performance.

Using TapThat, retailers will be able to see; which products are the most popular; which stores are receiving the most taps; which phones were used to tap; and how many taps led to conversions such as sales and social media interactions, plus several more statistical fields.

This analytical data can help the marketing departments of these retailers to really pin point their Contactless
campaigns, optimising them as they progress.

Time to get creative

NFC technology isn't just about 'behind the scenes' insights - it is very much a consumer facing trend. The sheer versatility of an NFC Tag means that retailers have an extremely potent weapon when it comes to making the initial engagement with consumers. It could be an NFC Beer Mat which offers an instantly downloadable video or automatic competition entry; an NFC Clothing Label which can take shoppers straight to an online documentary focused on the history and culture of the brand; or a 'Tap to Save' sticker at the point of sale which allows consumers to bag a healthy saving on their next purchase. It is all about being creative, and being playful with the ways in which customers are able to interact with a high street brand.

It is revealing to see which retailers have become early pioneers in retail-based NFC. The most forward thinking brands have certainly made their mark. Burberry allows shoppers to see catwalk videos and behind the scenes flicks in the mirrors of its fitting booths; they are activated by an NFC Tag. French supermarket Casino has NFC Tags on the shelves in front of every product, providing product information and allowing shoppers to scan items with their smartphone on their way around the store, rather than spend time waiting for the cashier to read bar codes with a handheld scanner - not only does this method improve the customer experience, but it also saves the store money by negating the need to invest in barcode scanners. Argos has also gone down the product information route, enriching the customer journey in its stores by offering the chance to 'tap and learn' about a product.

And this is only the beginning. We can look forward to more NFC and Contactless innovations for retail hitting the stores at an ever increasing rate. It seems that NFC is the solution for high street retailers to reconnect with customers; by embracing digital and using it to their advantage.