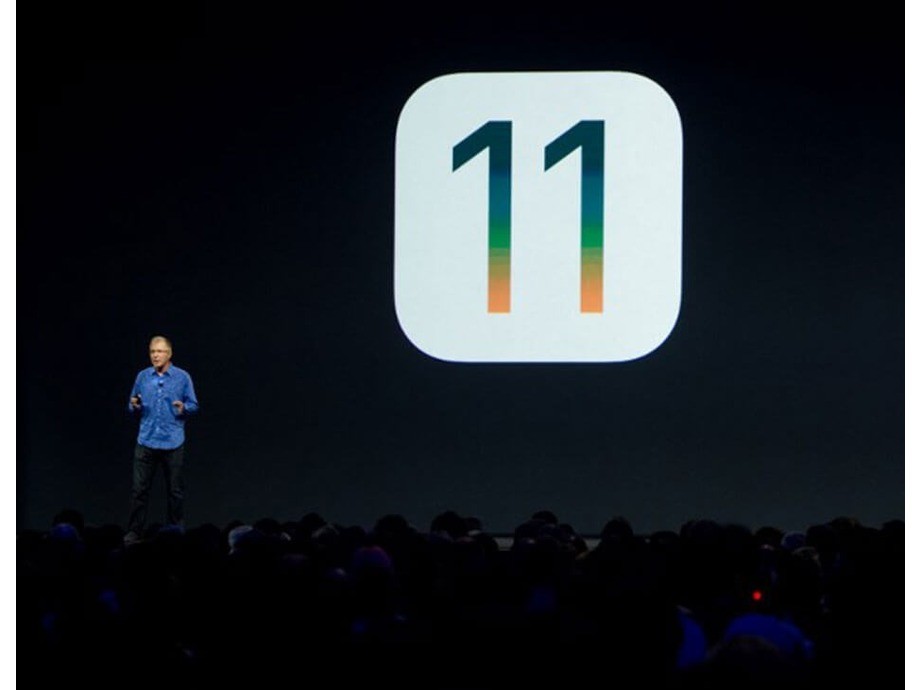 Near Field Communications (NFC) technology has moved forward at a stunning rate over the past few years - now giving us new possibilities and improved ways to do things in everything from consumer marketing to industrial operations. But while the technology has grown, and continues to grow, at a phenomenal pace, some areas of technology have shown resistance to the NFC revolution.

Up until its Worldwide Developers Conference (WWDC) in June this year (2017), Apple had previously shunned NFC technology on its smartphones and tablets, restricting RFID functionality to its Apple Pay Contactless payment method. What that had meant was that all the NFC perks and possibilities which Android users could enjoy - from apps which can track people movement or allow stock to be managed, to Contactless payment at a wider variety of outlets, and instant downloads of information at the swipe of a device - could not be accessed by iPhone users. Odd, in a way, that such a forward-thinking organisation such as Apple would impose limitations on its devices, but perhaps not surprising, given the very single-minded way in which Apple operates - after all, its independence is very much part of its brand profile.

But such has been the development of NFC, and the rise in demand for its capabilities in the business world, that perhaps it was only a matter of time before Apple changed its tune. So with the release of the new iOS operating system, which now powers the new iPhone 8 and iPhone X, came the addition of an NFC SDK - essentially a core NFC which enables iPhone apps to read NDEF records which are present in NFC tags. This is a huge step forward which will open up numerous doors for iPhone users - finally! The NFC tag reading capability will transform the new iPhones into a device which is capable of so much more; a way to manage security and people movement at live events; a marketing channel which can allow on-the-spot downloads of text, audio and video; a way to track location of assets; or a means of managing patient numbers in hospital wards - these are just a handful of examples.

So we are living in exciting times for users of the iPhone 8 and iPhone X - not to mention the iPhone 7, which can also run from iOS 11 - but could they be more exciting? The Apple implementation of NFC for iOS still has some significant differences with the way it is deployed on Android. The Apple approach has been described as 'app-siloed', as NFC is only available through specific applications. In plain terms, that means that instead of NFC being handled natively by an Apple device, such is the case with Android devices which handle a basic NDEF record types, a third-party app is needed before an NFC tag can be read.

So what are the implications for users with NFC enabled iPhones, and the marketers and business people who use NFC tags for a number of purposes? Unlike on an Android phone, when an interaction between an Android device and an NFC tag can open up an internet page automatically on the device's browser - possibly directing to a social media account, website, online instruction manual, or competition entry page - on an iPhone, the Safari browser cannot be automatically opened when swiping the device on an NFC-enabled item.

An obstacle to engagement

Let's not underestimate how much of a limitation this represents. Marketers will not be able to engage iPhone users with their NFC campaigns such as smart posters which direct to fan pages or promotions. Product tags cannot provide iPhone carrying customers with added information. And conference and exhibition delegates will not have the luxury of simply swiping an NFC reader at a stand to receive product information on their handset. So there is still a large discrepancy between the possibilities for Android users and iPhone users in terms of what can, and can't be done. And with 2017 figures from Gartner showing that 17.9 per cent of the global smartphone market uses devices running iOS, for commercial organisations and other entities determined to put NFC to use for the greater good, that's still a sizeable chunk of the market in which they face different rules of engagement.

Looking at the backend of NFC technology, there are also limitations which the new iPhones present, even with the added NFC capability thanks to iOS. This is because of the various NFC modes - from tag reader, tag writer, peer-to-peer and tag emulation - only the tag reader mode is supported by iOS. This is a significant constraint for businesses who work with NFC in their ability to create the NFC tags which can improve their operational efficiency and marketing potency. Delving deeper into the implications for the individuals who 'make NFC happen', and there are more issues. As it is just NDEF encoded NFC tags which can be read by iOS 11 operated iPhones, unencoded tags will not be able to be read by developers. While this is a limitation which is very unlikely to affect the average consumer, it will undoubtedly be seen as another constraint for those concerned with the backend of NFC.
And while Apple has permitted NFC apps on its platform to read NFC tags, will developers of these apps have as many possibilities as when creating for Android? Consider figures which show that there are 600,000 more apps available on the Google Play store as there are on the Apple Store. This shows that more apps are approved for the Android platform, suggesting that proposed NFC apps have much more chance of being accepted and made available for Android as they are for Apple.

While they still haven't grasped the fact that the industry needs instant interaction with consumers via NFC by an automatic Safari, Apple are moving in the right direction. We are confident that, eventually, Apple will update their software to allow this to happen. At present, they are also missing out on important security and authentication features using NFC, due to the fact that Apple NFC apps do not have access to the UID of an NFC chip, only its NDEF records.

Looking at the upsides - having tested the iPhone running iOS 11, we can say the reading mechanism for NFC tags is very fast indeed. This hints at some wise design choices when it comes to the hardware, as the reading to us seems almost instant. So in this regard, it seems to have the edge over most Android devices at present. And despite the limitations which remain, we can expect yet another giant leap forward for NFC all over the world, as developers are able to twist the arm of more marketers in convincing them that NFC is an unmissable channel through which to connect to consumers. You can imagine the conversation during a developer's pitch to a marketing company looking for a new consumer-facing app - "What? You mean to say it won't work on my phone?" - the choice of the iPhone as the preferred handset of the business executive was always going to make it tricky to convince them of something which they couldn't see on their own device.

One of the first high-profile developments which the new Apple NFC additions have made possible is the reported trial of Contactless ticketing at a professional sports event - by the Oakland Athletics in the USA's Major League Baseball. According to Tech Crunch, the technology news platform which broke the story: "The feature uses the NFC technology that is used for Contactless rewards cards (like Walgreens Balance Rewards) via Apple Pay, and this is the first time the technology is being used outside of reward cards or stored balance gift cards."

A shift in the industry landscape

For those at the forefront of the NFC technology, the news of Apple's acceptance marks a watershed moment, at which, as the NFC Forum's Paula Hunter put it, NFC has now become a "horizontal technology", in the same way that a USB 2.0 flash drive is accepted as a standard interface across an unrestricted range of devices, for example. In this article, Ms Hunter revealed that behind the scenes, the development has now paved the way for discussions on how the NFC experience can be made more uniform, driving both future innovation and market growth. She announced that this Autumn there will be a comprehensive NFC Certification Program which will help standardise testing and performance levels. This is a step we are fully behind here at NFC Direct.

So it is clear that NFC on Apple devices is already breaking through the boundaries which used to hold it back. While it might not be ready to welcome NFC in through the front door, it appears that Apple has come to the realisation that it is only holding the world, and itself, back by restricting the technology.